Special dates in 2014 and a Free Printable Calendar

2014 is just around the corner! Here is a set of free printable monthly calendar for you to do some planning for the new year!

The calendar/planner marks the public holidays in Singapore, Moe school holidays and special days to celebrate and observe. 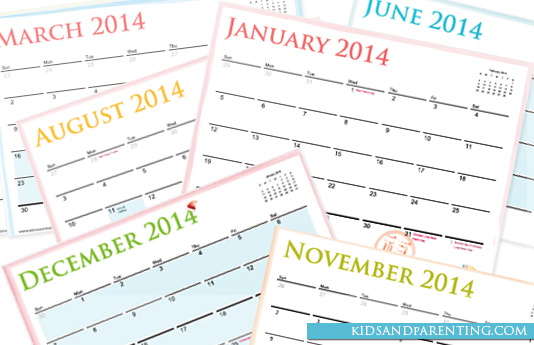 Looks like there are quite a number of  long weekends this year. The second day of Chinese new year falls on a Saturday, which means the following Monday is a school holiday. There is also good Friday in April and Hari Raya Puasain July.  Happy Planning.

*** The date for Deepavali needs to be checked against the Indian Almanac when it is available. Should there be a change in date, the Ministry of Manpower (MOM) will issue a media release to announce the change.

School Holidays for most MOE Primary and Secondary  schools in Singapore are below:

Note:  The school  holidays for International schools and some schools may be different  Please check with your kid’s school.

Sources: Ministry of Manpower and School Terms and Holidays for 2014 released by the Ministry of Education on 15 August 2013.

Special Days to Observe in 2014

Special dates in 2013 and a Free Printable Calendar

Easter Season Things to Do 2014

Holiday Camps, Programs and Things to do March and April 2014