How to Spot Dyslexia Early and Why it’s Important 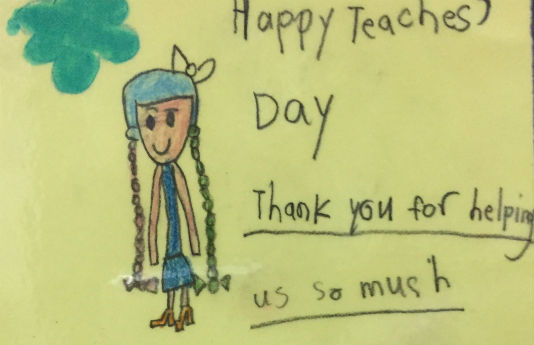 What is dyslexia and why does it matter?

Dyslexia, defined by the International Dyslexia Association and the British Dyslexia Association, is “a neurological condition caused by a different wiring of the brain” that “mainly affects the development of literacy and language related skills.” This means that children with dyslexia might experience problems learning how to read, spell, and write well. Although there is no cure for it, these individuals can learn coping strategies to deal with it.

In a study (Ferrer, 2015, The Journal of Pediatrics) conducted by Emilio Ferrer, a professor at UC Davis, it shows that there is a gap in reading ability as early at first grade, or our equivalent of Primary 1, and it persists until the child becomes a teenager. The good news however, is that implementing suitable reading programmes as early as kindergarten or even preschool offers the potential to close the achievement gap.

Psychological assessments and where to find it

In Singapore, a child can only be diagnosed for dyslexia at the age of 7. A psychologist will have to conduct a series of tests to determine if a child has dyslexia. All mainstream schools have access to a psychologist via the school counsellor and the diagnosis is free of charge. However, there is a long waitlist and the child will have to wait for several months to a year before seeing the psychologist.

There are also psychologists in private practice that charge a premium for their services for faster results. The Dyslexia Association of Singapore also conducts psychological assessments and even offers a bursary for those needing financial assistance.

Educational therapy and how it helps

Children with dyslexia often benefit from a reading programme that has a multi-sensory approach. This means that instead of merely looking at words on a worksheet, the child might be told to use dough to form words, engaging his kinaesthetic ability (or learning through feeling). In addition, an experienced educational therapist would also guide the child to pronounce the various sounds even as they trace letters in the air.

Educational therapy is different from traditional tuition programmes as the dyslexic child is not “dumb” or unable to comprehend concepts learnt. He/she instead might be unable to read, and would need direct, explicit, and specific instruction to learn to read, write, and spell better. In my experience, regular tuition teachers generally are unable to properly help a child with dyslexia due to their lack of training and understanding.

How to know if my kid has dyslexia?

Although dyslexia can only be diagnosed by a qualified psychologist, here are some signs and symptoms that might indicate your child might have dyslexia:

There is hope – Dyslexics have their strengths too!

All is not lost if your child has dyslexia. I have personally taught dozens of students with dyslexia and they are equally intelligent, articulate, and creative, if not more so, than the average kid.

Ever wondered why every item of furniture in IKEA has a name? That’s because its founder, Ingvar Kamprad, has dyslexia! He had trouble remembering the product number for each item, and instead gave names to all his products. Chairs and tables have male Swedish names, and large furniture is named after places in Sweden. One of the largest furniture stores in the world – founded by someone with dyslexia.

Some of the greatest strengths of dyslexia, shared by Scientific American, are that they have extra sensitivity in causal perception, which allowed scientists like Carole Greider and Bruj Benacerraf, to win the Nobel prize even though they have dyslexia. Visual talent can prove to be useful in areas such as science and medicine when one has to analyse images. Also, they are able to see the “big picture”, which can be useful in business.

Richard Branson, the founder of the Virgin Group, is yet another successful businessman who has used the strengths of dyslexia to his advantage. On his company’s blog, he revealed that “I’ve always dreamed big and I’m naturally good at thinking creatively and being able to see the big picture. Dyslexia can help you problem solve and even drive innovation as you look for new ways of doing things.” Isn’t that just inspirational?

Do not despair if you think that your child has dyslexia. Instead, send him/her for an assessment and get remediation (aka therapy) straight away. There is nothing like early intervention to help a child gain confidence in reading and spelling in his/her early years. Children with dyslexia can also go on to lead fulfilling and successful lives in the future too.

Rachel Tan is the founder and owner of The Alternative Education, a place which provides educational therapy/tuition for students with dyslexia, ADHD, and ASD. She has almost a decade of experience working with children with special needs and is wants to help them learn with a difference.