Why is my Teen Always Tired?

by Sara Westgreen on Apr 20, 2018 | No comments
Posted under: Health, Parenting

Many parents are familiar with the morning ritual of dragging teens out of bed. Shrieking alarms don’t even seem to help teens rise. Sometimes the grogginess doesn’t even fade until the school day has already begun. Unfortunately, a mix of biology, timing, and technology has created an environment in which it’s difficult for teens to get enough sleep. 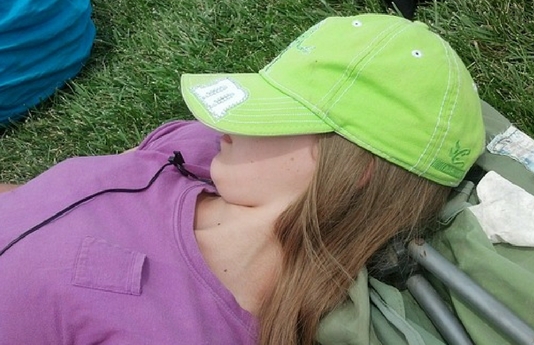 How can parents help their teens succeed in school when just getting out of bed is a struggle? By understanding the changes in the adolescent sleep schedule, parents can work to create a good sleep environment for their teens.

The stereotypical image of the teen staying up until 2 a.m. is indicative of a biological change. Younger children tend to get sleepy around 8 or 9 p.m. In contrast, teens start tiring between 10 and 11 p.m. This change has a scientific name, sleep phase delay. When your teen says he’s not tired at 9 p.m., he is telling the truth. Unfortunately, teens who do stay up until they are sleepy may not get the hours of rest that they need because they have to rise early for school.

Sadly, school start times do not take sleep phase delay into account. Middle schools and high schools have some of the earliest start times. The CDC reports that five out of six middle schools and high schools start before 8:30 a.m. They even suggest that it is too early to start the day since teens need 8 hours of sleep per night and are struggling with sleep phase delay.

Luckily, pushing back school start times has an immediate positive effect. A University of Minnesota study reported that students had better mental health and better attendance when school start times were pushed back to accommodate their natural sleep cycles. Some schools even responded that grades improved as a result. Start times don’t need to be ridiculously late to reap these benefits. In schools that moved start times to 8:35 a.m., nearly 60% of students got eight hours of sleep per night. 60% may not sound great, but, nationwide, two out of three middle school and high school students don’t get enough sleep. Starting later flips the equation, allowing more students to get enough sleep.

Teens don’t always set up their rooms with the intention of sleeping. Flashy posters may be preferred during the daytime, but they can be distracting for a teen trying to sleep. Teens also don’t always know how to evaluate if their bed is appropriate for their needs. Like adults, teens need a mattress and box spring or foundation that supports their sleeping style. Parents can help by upgrading bedding as needed and vetoing crazy bright paint colours for the bedroom. These conditions may make it easier for teens to sleep.

However, the worst culprit for disturbing teens’ sleep is technology. Many teens sleep with smartphones nearby or even in bed with them. Unfortunately, the bright blue light that smartphones emit makes it harder for them to sleep. The light suppresses the release of melatonin, the hormone that makes people feel sleepy. Blue light can suppress the melatonin release for up to 3 hours. If your teen is texting at 10 or 11 p.m., she may not feel tired until 1 or 2 a.m!

Although it’s not the most popular parental rule, deciding to limit your teen’s smartphone use at night may help her sleep better.

Although teens face a perfect storm of sleep phase delay and early school start times, they can develop better sleep habits. Turning off phones an hour before bedtime is a good start. Parents can also model good sleeping habits. Turn off your own devices, go to bed at a regular time every night and start a bedtime routine that makes you feel relaxed and sleepy. Hopefully, your teen will do the same.

An interview with Dr Friendly – Questions we always want to ask a real dentist.

Sara Westgreen is a researcher for the sleep science hub. She sleeps on a king size bed in Texas, where she defends her territory against cats all night. A mother of three, she enjoys beer, board games, and getting as much sleep as she can get her hands on.