[Check out Chinese New Year Things to do 2014 ] Happy Lunar New Year to our Chinese and Korean Readers. While visiting and collecting Ang Baos and munching on New year goodies are great fun for the kids, there are also plenty of other exciting places to visit and things to do. Here are some on our list: 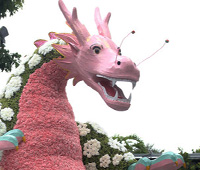 Sentosa Flower Show- Check out the

Flowers are often given or exchanged to express good wishes during the festive season of Chinese New Year and the flower features loads of new year flowers and flower arrangement. The show include several large dragon displays, along with other themed sections, such as DinoLand and Flower Fairies.   More on Sentosa Flower Show

Take a walk around China Town at night

Eu Tong Sen Street, New Bridge Road, South Bridge Road, Garden Bridge and side-streets near Chinatown MRT station will light up during the festive period. Pagoda, Smith, Trengganu and Sago Streets have loads of Chinese New Year stuff that absolutely fascinates the kids (and adults) We can spend hours window shopping and checking out the miniature dragon dance props, new year decorations and traditional decoration. There are plenty of goodies too.  While some of the stuff are available all year, Chinese New Year have loads more to see.

When: Chinatown lights up till 21 Feb,7 pm till late at night. The shops around should be up except for the first few days of Chinese New Year.
Where: Chinatown.
$$$: Free

Check out the Museums

In addition, The National Museum will  offer visitors free entry to all its exhibitions, including special exhibitions, on Jan 28 -29 as well as on Feb 3, 4 & 5.

Check out the Huayi Chinese Festival 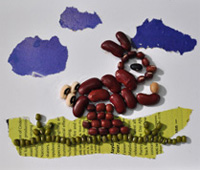 The White Elephant & Bukit Batok – Why the Hill Coughs

Count to Ten! A hands-on gallery for all ages