by patchcat on Jun 20, 2012 | No comments
Posted under: Indoors, Places to go, Playgrounds

Wanting to escape from the searing heat on a Saturday afternoon and looking for a suitable hangout after my children’s enrichment class earlier, we were delighted to stumble across an  indoor playground, at  eXplorerkid@ AMK Hub. 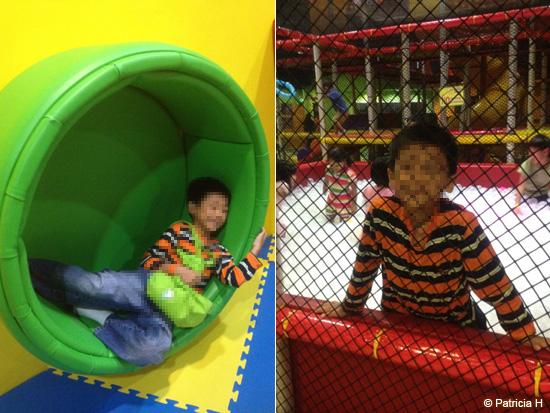 It was crowded as it was peak period being a weekend afternoon during the school holidays.

I realized that this playground is similar to eXplorerkid E!hub@Downtown East (which I went with my boys during an excursion trip last year) just that this was slightly smaller in size.

We decided to apply for membership for our two boys as the fees are affordable, just a one-time registration fee of $15 per child for parents who are NTUC Plus! Cards holders.  We signed them up for unlimited play package (Ultimate Play), as one hour will definitely not be enough to explore the playground and have a good time.

The boys were excited after they removed their shoes, placed them on the shoes rack in the shoes and strollers holding area.  With their socks on, they entered the gantry gates after rubbing hand sanitizers onto their hands, assisted by play assistants in the playground.  They were each given a free bottle of Qoo Apple drink upon entry.

The younger boy who is almost turning 4, jumped into the Lit Ball Pool and fascinated himself with transparent, clear plastic balls under the constantly changing lighting. 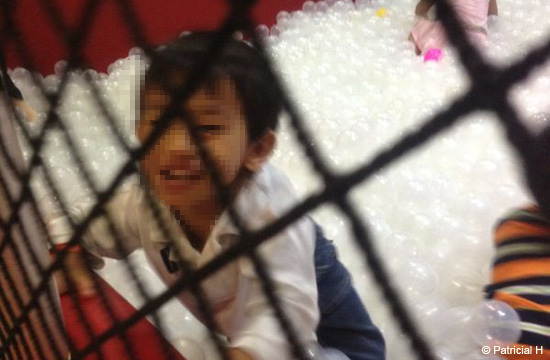 The elder boy ventured into the MegaPlay area, which was more suitable for children above 4 years of age.  He crawled and climbed his way went through the obstacles to reach the upper level where there were several playstations. 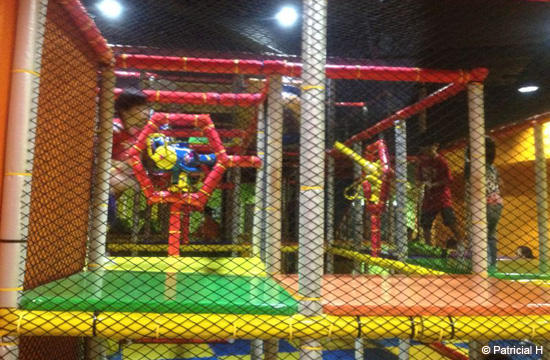 There were also two play areas  for younger children: one is a ball pool filled with bright, attractive looking plastic balls; another is a softplay area, filled with shaped foams.  There was also kid’s sized table with a few chairs and a few stacks of children board books, great for parent-child reading and bonding. 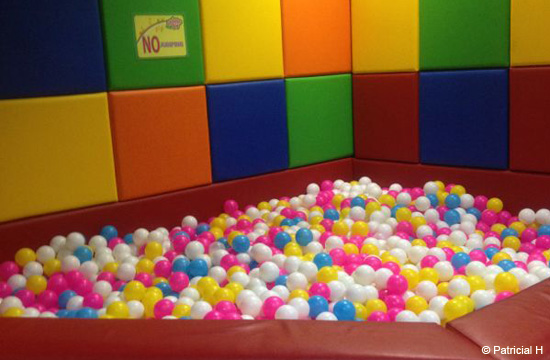 After a while, I found my younger one sitting on a little scoot car and he was going round and round the indoor playground, enjoying himself. 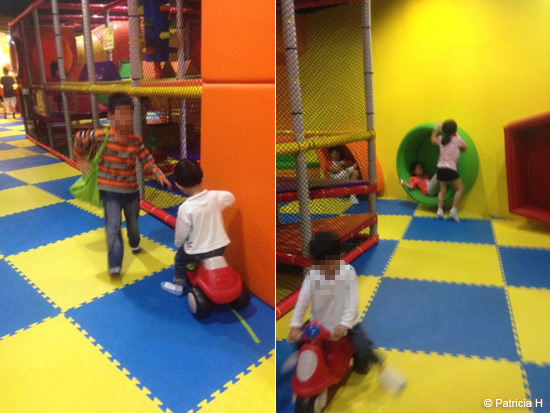 There were also two spacious birthday rooms inside and  a small but cozy Baby Care room with changing facilities and a washing up area. Certainly, taking care of the needs of mummies with babies in tow.

The elder boy  spent most of his time up on the upper deck where the Ball’O’ City is, shooting foam balls with vacuum cannons and blasting sound effects to boot, children’s screams, shouts and laughter and children nursery songs playing in the background.

They spent their whole afternoon, almost 3 hours in the playground,  had lots of fun and were most reluctant to leave when it was time to go.

We loved the indoor playground; it was a safe and clean environment to play in especially on a hot and humid afternoon, an air-conditioned play area is certainly a welcome relief.

Indoor Playgrounds for Kids in Singapore