by scoutiemum on Feb 14, 2014 | No comments
Posted under: Learning & Teaching, Places to go

With easy access to the internet and mobile phone now a days, teaching ourselves and kids about cyber safety is certainly a necessity. What we didn’t realise is  that it can be a fun and entertaining process until we  chance upon the iZ Hero exhibit at Singapore Science Centre. 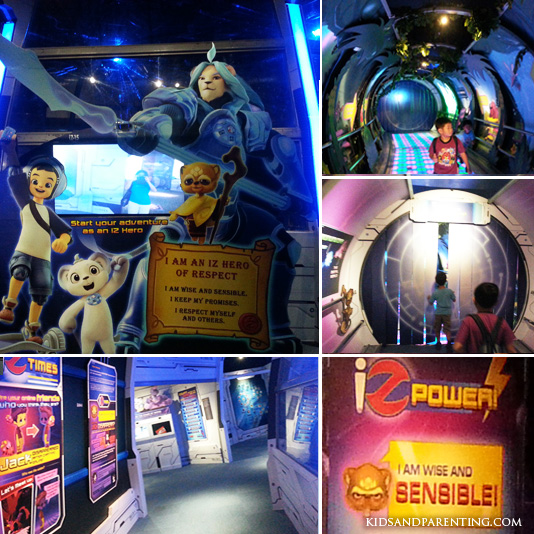 Learn about Cyberrisks with IZ hero

The exhibition, developed by a team of world leading experts from the media, cyber-wellness, education and game development first debuted in 2011 at the National Science Museum of South Korea.

The exhibits presents a world where called Midnunvora where kids can become iZ Heroes with the ultimate power to defeat evil! There are quite a number of  interactive action sensor base games which pretty much get our boys hook. 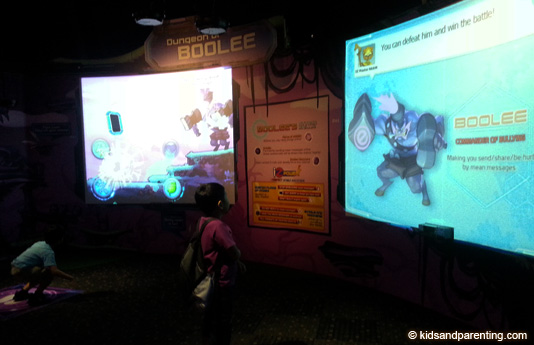 Cyber treats are made into an evil characters and our little heroes need to battle them.  For example, in the game Boolee, Boolee is a eveil character and its attack skills E-nails, are formed by sending mean messages online, these wicked nails will be driven into the victim’s hearts.

The language use is easy of kids to understate. For example, Another evil character, Siren is presented as a dangerous online hunter. “Siren uses fake accounts and acts friendly to meet up or get photos and video of you.” Says the introduction to the character.

The negative effect of cyber predators are presented in the form of “Inzombs” e.g. Siren’s Inzombs has been cheated by their online friends. As a result they have lost faithh and trust in themselves and others. 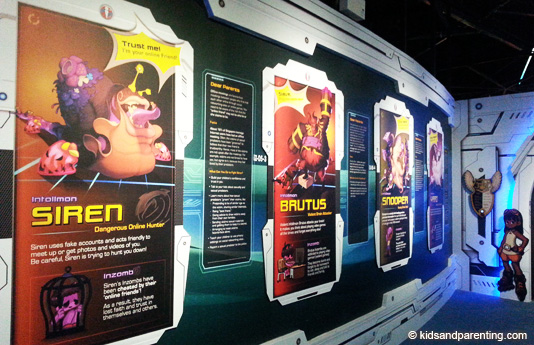 Some of the games are mulch-player, which means the kids get to work together as they learn. The snooper’s den  interactive quiz game got the boys learning about spam, malware and virus and how online message from strangers that sounds too good to be true may be means for snoopers to steal information and money. 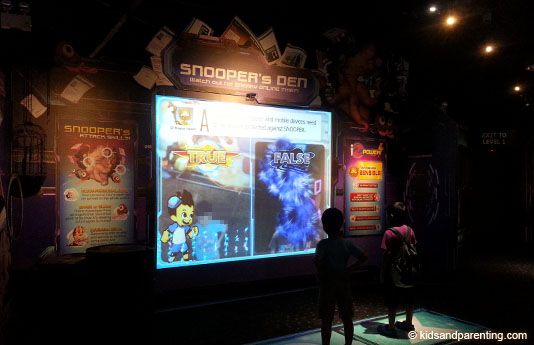 The Yaro game teaches kids not to click on messages from strangers and protect themselves against addictions. 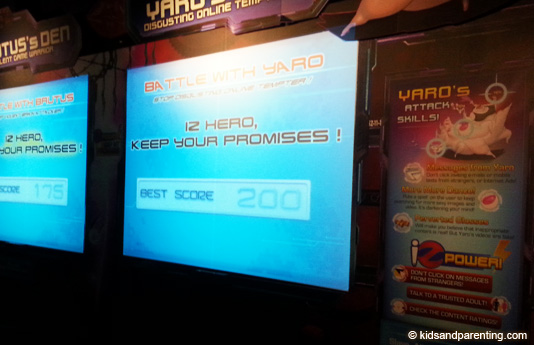 We also like the positive messages that are found in the games and exhibits and what kids can do to protect themselves.  for example “Respect is Real Power! Stop Spreading  mean messages”. The best part is, kids can continue to learn about the subject on the iZ Hero website at home.

Imagine Dragons Exhibition
« Previous Story Pretty Princess Cakes
Next Story » Give away ! Win The Petite Park Playground Passes is back!