A friend come out with the idea to have a picnic branch on a week day a Pasir Ris Park. Little did we expect that it will be such a fun filled outing until we saw the many playgrounds that greeted us near car park D of this huge park. 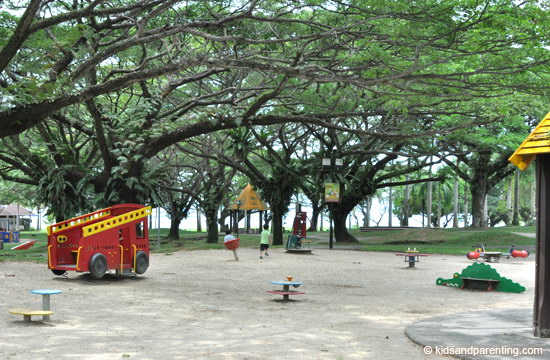 I thought West Coast Park is the ultimate haven as far as outdoor playgrounds go. This park is even bigger with more shade and greenery around. There are so many playgrounds in the park for kids of different ages to explore and play and we just wish we could have stayed the whole day.

Unlike West Coast Park, this one does not have the convenience of a Mc Donalds right at the park so do bring plenty of supply of drinks and snacks.  With  many playgrounds to explore on a bright sunny day, the boys get thirsty fast. 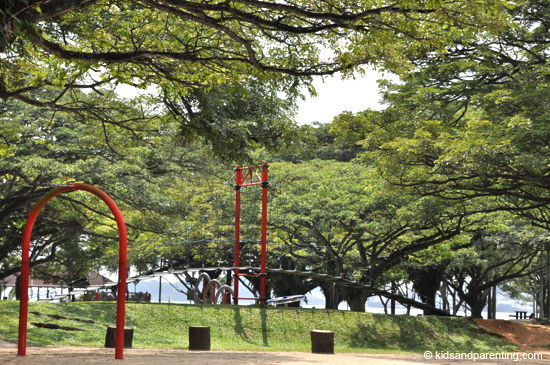 It did not take the kids too long to discover the flying fox and we were taking turns helping the kids up and helping them slide around. The drawbridge offers a nice wobbly walk. 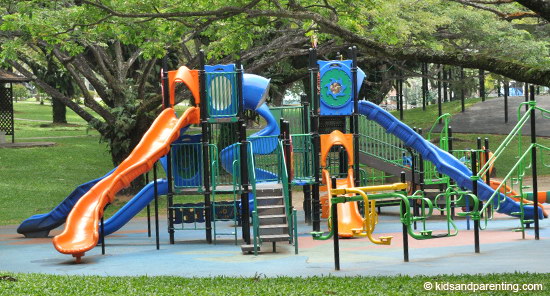 Colorful playground with many slides. 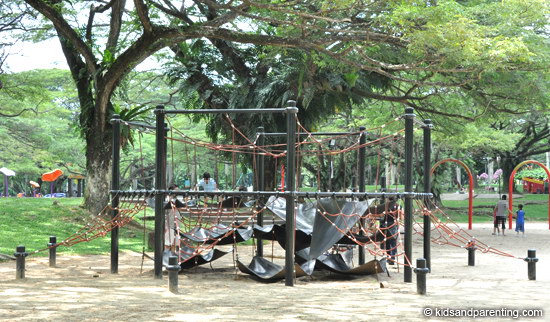 Great for a warm up for climbing and balancing. 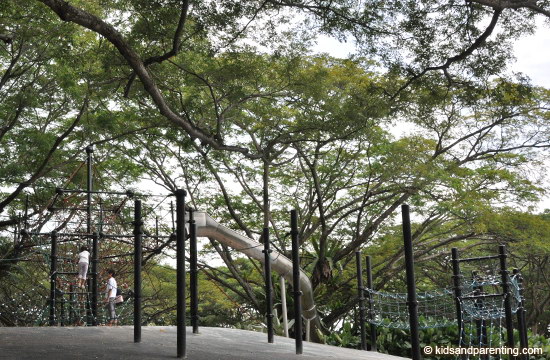 A more challenging and exciting climb.

A slide awaits at the top as a reward the adventurous child. 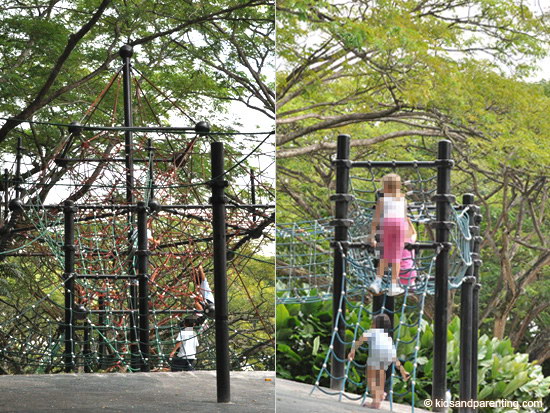 The net is tightly weave so that the kids are safe even as they climb up high. 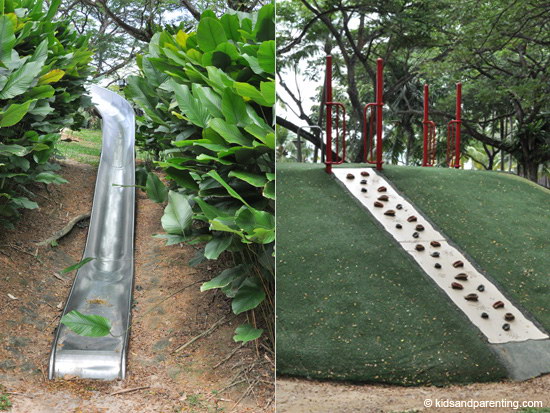 Slides and rock climbing stones and sliding down for those who prefer going up a slope rather than climbing up ropes. The slide is hidden by the plants and Mum was wondering where the kids on the top of the web were disappearing to for a while. 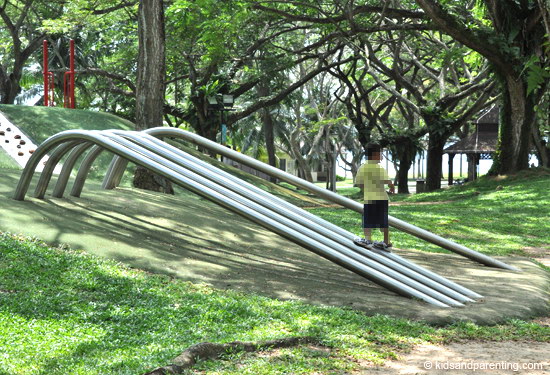 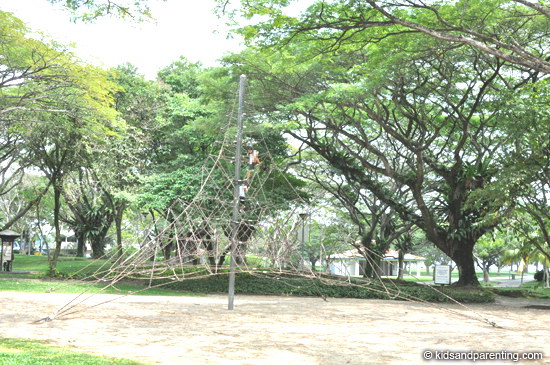 Lots of trill for the 5 and 6 year olds here. Some might discovered they do not like the height after all when they reach the top…so be prepared to go get them up there. 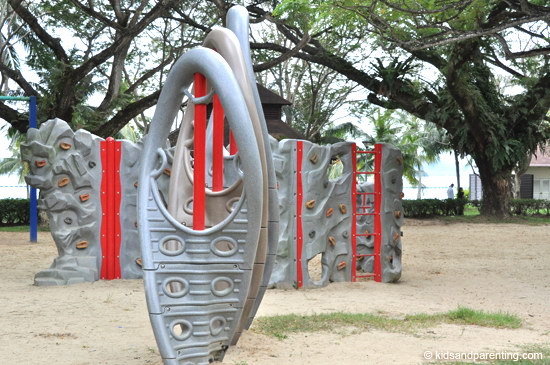 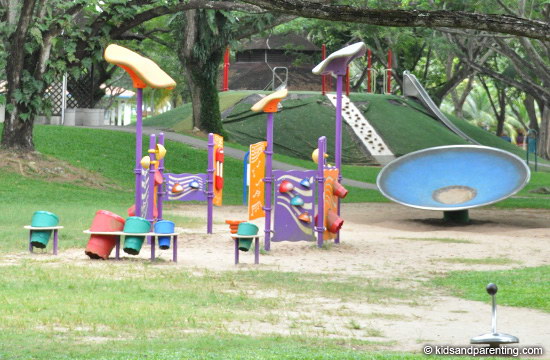 Sweet flower playground where kids can play with "drums" and get dizzy spinning. 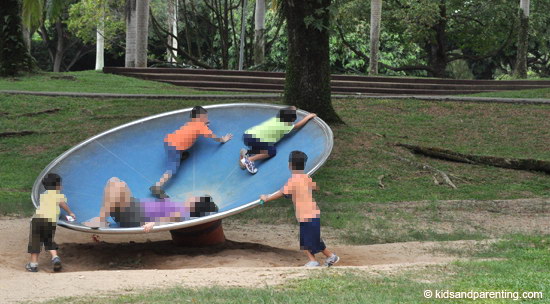 This is so much fun that the kids get stuck there for almost half an hour.

This spinning wheel looks unassuming but keep the boys entertained for quite a long time! Be prepared for the kids to get dirtied though as there is some sand left on the wheel from all that play. 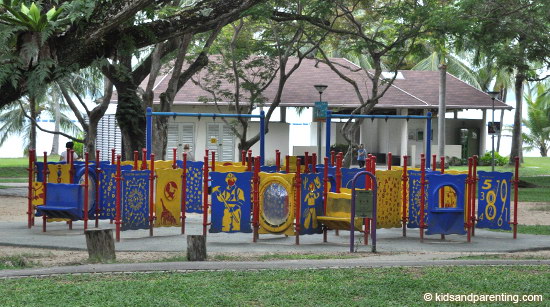 Maze for a good game of catching or hide and seek.

Children’s Garden at Gardens By the Bay

Interesting places to go with kids in Singapore