We checked out The Maritime Experiential Museum together with our trip to RWS ‘s SEA Aquarium. It was not what expected, after having visited a very different Maritime Museum in Malacca. Beautiful display of a fleet of ships.

The magnificent view of an ancient Chinese “Bao Chuan” or Treasure Vessel greeted us at the entrance. A giant screen plays a 3D animated movie.  The kids were immediately attracted to the animation which portray the maritime exploration of Admiral Zheng He and  the development of maritime trade. There is a good mix of interactive exhibits and more traditional display. What is great is many of the exhibits are openly display so we can feel and get up close to them. There are many interactive games  and displays that kept the kids very busy. 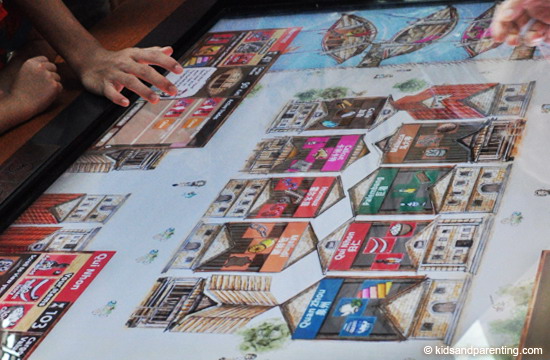 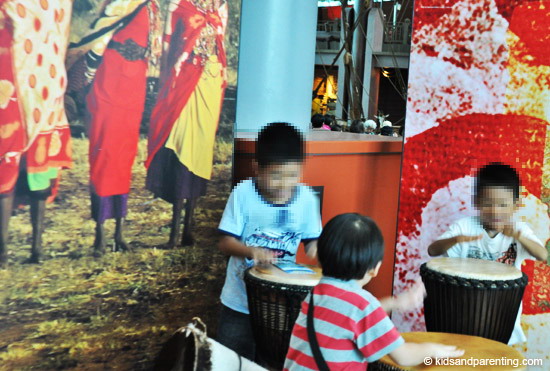 The children have lots of fun playing with the drums. Interactive Game for kids to play as a group.

Pirates, treasure vessel and more fun for the kids The children love playing on the giant map. The spots on the map lights up. Display of the exotic animals in the treasure vessel

A hot favorite is this display that looks unassuming at first. The boys got stuck there for almost and hour, making one pot then another, then another in an attempt to make a pot that will auction for the highest price. Make a pot and auction it

Scenes like this shows what happens in history and introduces famous characters such as Zheng He and James Brooke. It’s not all about historical stuff but we can see how maritime trade and ships evolve. Learning about the transformation of maritime history.

Singapore City Gallery -All about Planning a City

Philatelic Museum. Its not just about stamps.