It was a sunny day when we attempt the Wallace Trail at Dairy Farm Nature Park.as we were looking for some thing to do that is close to nature. We parked at car park B and took a short 15 min walk to the education centre. It was an easy walk  with clear road signs showing the way.

The education centre and trail were named after Alfred Russel Wallace,  a British naturalist, explorer, geographer, anthropologist and biologist. He is the guy who proposed a theory of evolution due to natural selection that prompted Charles Darwin to publish his own theory. The view of Wallace Education Centre. There is a cow and calf sculpture at the centre which DS loves. 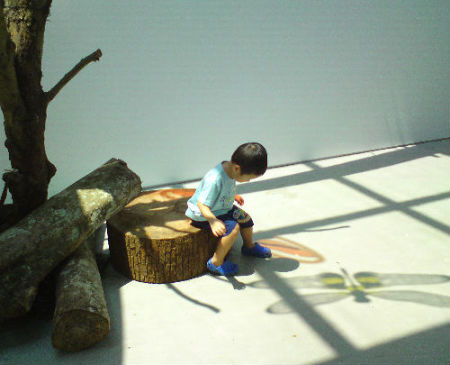 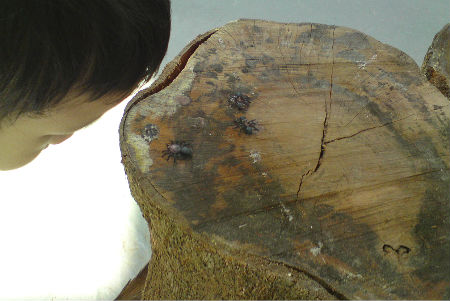 Life size models of beetles give us a closer look at the nature available. We did not spot any real ones though. 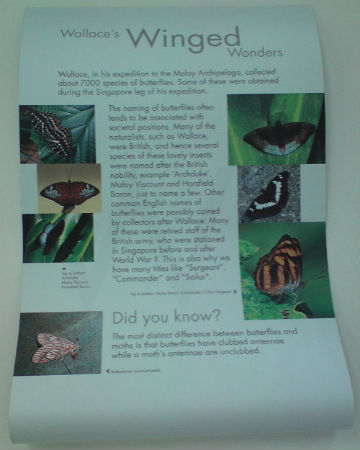 Lots of informative posters like this one. There was also a video playing on flat screen televisions. We learn quite a number of new stuff about nature that day.

DS was only four then and we were wondering if the trail will be difficult or the walk too long for him. We started the trail at the education centre and it was an easy trail taking less than 20 minutes. The canopy of the rain forest provides ample shade for us so it was actually quite cool and nice walking along the trail despite the hot weather. 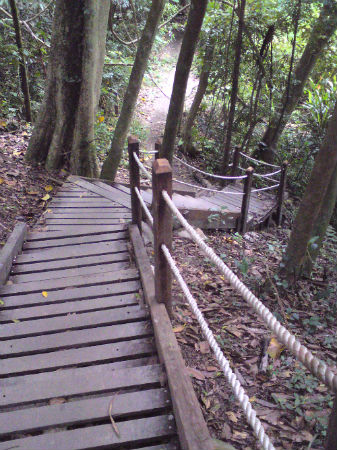 Children’s Garden at Gardens By the Bay