by zzMum on Nov 9, 2016 | No comments
Posted under: CoolStuff, Recommendations 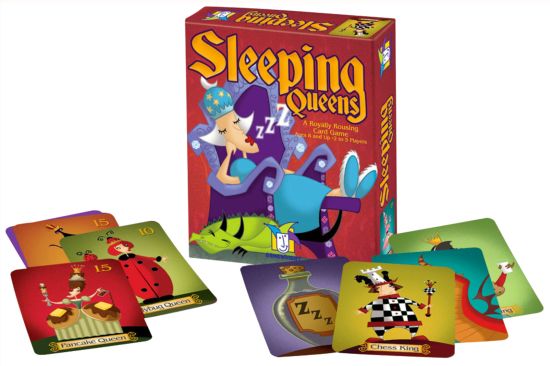 There are a lot of card games in the market but I never thought of playing them with my kids until I was introduced to them recently.
The only card games I’ve played when I was a child were Happy Family, The Old Maid, Donkey and the more high-end card game, UNO. Call me Mountain Tortoise!

Besides bonding with your kids, you can also teach them to follow the rules of the game. For the first two rounds of the game, get them to say out the rules as they play. This helps to improve their memory and speech-language skills.

Our favourite card game is Sleeping Queens by Playwrights. Sleeping Queens was actually invented by 6-year-old Miranda Evarts, who thought up the game one night when she couldn’t fall asleep.
Although it is recommended for ages 8 and up, I think kids as young as 5 years old can play this game. This game not only helps to improve memory and strategy skills, it also helps in basic arithmetic skills for younger players. Through this game, my 5-year-old boy learnt how to count mentally. 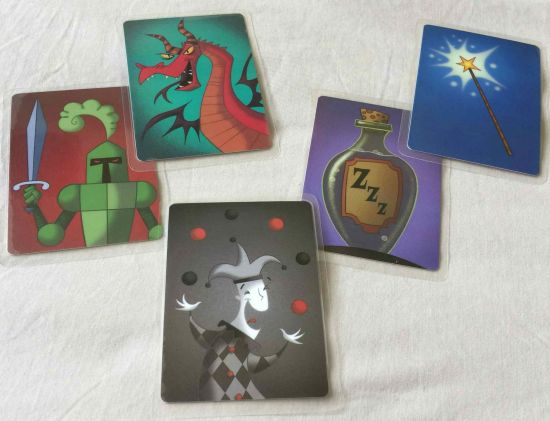 The 12 queen cards lie face down on the table. On each turn, you can play a king to awake and claim a sleeping queen, play a knight to steal any player’s queen or play a dragon to protect the queen from the knight. To send a player’s queen to sleep again, you can play a sleeping potion or play a wand to defend against a sleeping potion. Use a jester to try your luck with the top deck of the cards, or discard one or more number cards to draw more cards.
The first player who gets 55 points (or whichever points your kids agree on) from the queen cards wins. The more points the players agree on, the longer they can play.

I don’t know why but the game is not easily found in retail shops in Singapore. However, you can buy it online from Amazon.

Tools and Books to help kids learn about managing money.

Halloween Treats Ideas Without the Sugar